XXIX. A Resting-Place on the Upper Thames 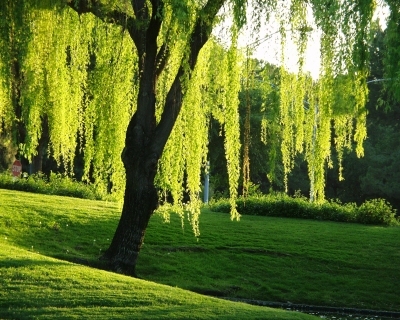 Presently at a place where the river flowed round a headland of the meadows, we stopped a while for rest and victuals, and settled ourselves on a beautiful bank which almost reached the dignity of a hill-side: the wide meadows spread before us, and already the scythe was busy amidst the hay. One change I noticed amidst the quiet beauty of the fields—to wit, that they were planted with trees here and there, often fruit-trees, and that there was none of the niggardly begrudging of space to a handsome tree which I remembered too well; and though the willows were often polled (or shrowded, as they call it in that country-side), this was done with some regard to beauty: I mean that there was no polling of rows on rows so as to destroy the pleasantness of half a mile of country, but a thoughtful sequence in the cutting, that prevented a sudden bareness anywhere. To be short, the fields were everywhere treated as a garden made for the pleasure as well as the livelihood of all, as old Hammond told me was the case.

On this bank or bent of the hill, then, we had our mid-day meal; somewhat early for dinner, if that mattered, but we had been stirring early: the slender stream of the Thames winding below us between the garden of a country I have been telling of; a furlong from us was a beautiful little islet begrown with graceful trees; on the slopes westward of us was a wood of varied growth overhanging the narrow meadow on the south side of the river; while to the north was a wide stretch of mead rising very gradually from the river’s edge. A delicate spire of an ancient building rose up from out of the trees in the middle distance, with a few grey houses clustered about it; while nearer to us, in fact not half a furlong from the water, was a quite modern stone house—a wide quadrangle of one story, the buildings that made it being quite low. There was no garden between it and the river, nothing but a row of pear-trees still quite young and slender; and though there did not seem to be much ornament about it, it had a sort of natural elegance, like that of the trees themselves.

As we sat looking down on all this in the sweet June day, rather happy than merry, Ellen, who sat next me, her hand clasped about one knee, leaned sideways to me, and said in a low voice which Dick and Clara might have noted if they had not been busy in happy wordless love-making: “Friend, in your country were the houses of your field-labourers anything like that?”

I said: “Well, at any rate the houses of our rich men were not; they were mere blots upon the face of the land.” 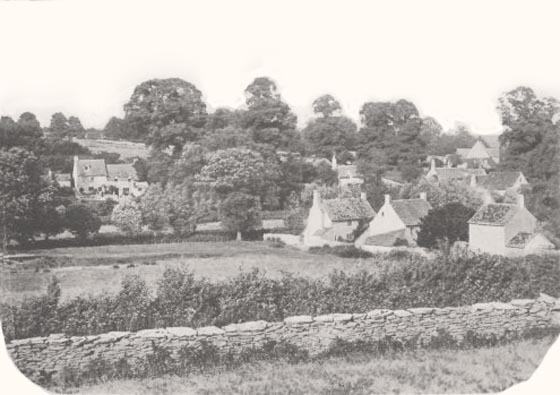 “I find that hard to understand,” she said. “I can see why the workmen, who were so oppressed, should not have been able to live in beautiful houses; for it takes time and leisure, and minds not over-burdened with care, to make beautiful dwellings; and I quite understand that these poor people were not allowed to live in such a way as to have these (to us) necessary good things. But why the rich men, who had the time and the leisure and the materials for building, as it would be in this case, should not have housed themselves well, I do not understand as yet. I know what you are meaning to say to me,” she said, looking me full in the eyes and blushing, “to wit that their houses and all belonging to them were generally ugly and base, unless they chanced to be ancient like yonder remnant of our forefathers’ work” (pointing to the spire); “that they were—let me see; what is the word?”

“Vulgar,” said I. “We used to say,” said I, “that the ugliness and vulgarity of the rich men’s dwellings was a necessary reflection from the sordidness and bareness of life which they forced upon the poor people.”

She knit her brows as in thought; then turned a brightened face on me, as if she had caught the idea, and said: “Yes, friend, I see what you mean. We have sometimes—those of us who look into these things—talked this very matter over; because, to say the truth, we have plenty of record of the so-called arts of the time before Equality of Life; and there are not wanting people who say that the state of that society was not the cause of all that ugliness; that they were ugly in their life because they liked to be, and could have had beautiful things about them if they had chosen; just as a man or body of men now may, if they please, make things more or less beautiful—Stop! I know what you are going to say.”

“Do you?” said I, smiling, yet with a beating heart.

“Yes,” she said; “you are answering me, teaching me, in some way or another, although you have not spoken the words aloud. You were going to say that in times of inequality it was an essential condition of the life of these rich men that they should not themselves make what they wanted for the adornment of their lives, but should force those to make them whom they forced to live pinched and sordid lives; and that as a necessary consequence the sordidness and pinching, the ugly barrenness of those ruined lives, were worked up into the adornment of the lives of the rich, and art died out amongst men? Was that what you would say, my friend?”

“Yes, yes,” I said, looking at her eagerly; for she had risen and was standing on the edge of the bent, the light wind stirring her dainty raiment, one hand laid on her bosom, the other arm stretched downward and clenched in her earnestness.

I think amidst my—something more than interest in her, and admiration for her, I was beginning to wonder how it would all end. I had a glimmering of fear of what might follow; of anxiety as to the remedy which this new age might offer for the missing of something one might set one’s heart on. But now Dick rose to his feet and cried out in his hearty manner: “Neighbour Ellen, are you quarrelling with the guest, or are you worrying him to tell you things which he cannot properly explain to our ignorance?”

“Neither, dear neighbour,” she said. “I was so far from quarrelling with him that I think I have been making him good friends both with himself and me. Is it so, dear guest?” she said, looking down at me with a delightful smile of confidence in being understood.

“Well, moreover,” she said, “I must say for him that he has explained himself to me very well indeed, so that I quite understand him.”

“All right,” quoth Dick. “When I first set eyes on you at Runnymede I knew that there was something wonderful in your keenness of wits. I don’t say that as a mere pretty speech to please you,” said he quickly, “but because it is true; and it made me want to see more of you. But, come, we ought to be going; for we are not half way, and we ought to be in well before sunset.”

And therewith he took Clara’s hand, and led her down the bent. But Ellen stood thoughtfully looking down for a little, and as I took her hand to follow Dick, she turned round to me and said:

“You might tell me a great deal and make many things clear to me, if you would.”

“Yes,” said I, “I am pretty well fit for that,—and for nothing else—an old man like me.”

She did not notice the bitterness which, whether I liked it or not, was in my voice as I spoke, but went on: “It is not so much for myself; I should be quite content to dream about past times, and if I could not idealise them, yet at least idealise some of the people who lived in them. But I think sometimes people are too careless of the history of the past—too apt to leave it in the hands of old learned men like Hammond. Who knows? Happy as we are, times may alter; we may be bitten with some impulse towards change, and many things may seem too wonderful for us to resist, too exciting not to catch at, if we do not know that they are but phases of what has been before; and withal ruinous, deceitful, and sordid.” 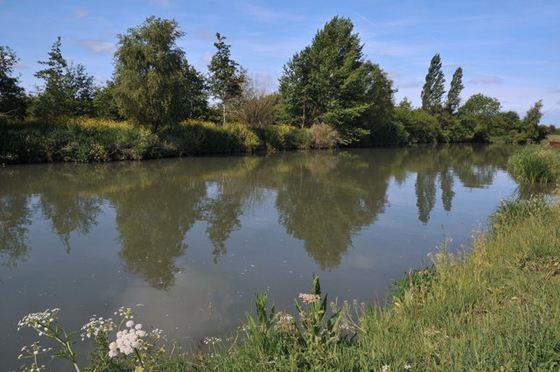 The Thames near Kelmscott

As we went slowly down toward the boats she said again: “Not for myself alone, dear friend; I shall have children; perhaps before the end a good many;—I hope so. And though of course I cannot force any special kind of knowledge upon them, yet, my Friend, I cannot help thinking that just as they might be like me in body, so I might impress upon them some part of my ways of thinking; that is, indeed, some of the essential part of myself; that part which was not mere moods, created by the matters and events round about me. What do you think?”

Of one thing I was sure, that her beauty and kindness and eagerness combined, forced me to think as she did, when she was not earnestly laying herself open to receive my thoughts. I said, what at the time was true, that I thought it most important; and presently stood entranced by the wonder of her grace as she stepped into the light boat, and held out her hand to me. And so on we went up the Thames still—or whither?